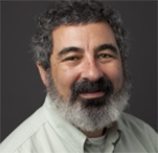 Bruce works primarily on the history of public communication of science, with excursions into other areas of science communication, such as informal science education. Since the mid-1990s, Bruce has spent some time as an evaluator of informal science education projects, especially in areas of “citizen science.” During the 2000s, he spent some time exploring social and ethical issues associated with emerging technologies such as genomics and nanotechnology.