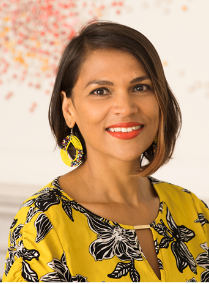 Born and raised in rural India, Prachi was raised by a freedom-fighter grandmother and parents deeply involved in anti-caste, feminist, and peasant movements. Over two decades in New York City, she has been an activist, educator, grantmaker, and writer involved in social movements which link the local and the global, police brutality and war, migration and militarization, race and caste, women of color feminism and global gender justice.

Through work with organizations such as Afghan Women’s Mission and CAAAV, Organizing Asian Communities and Palestine Education Project, Prachi has been involved in innovative projects to link social justice movements between the United States and the Global South. She currently serves on the Advisory Board of the Human Rights Funders Network and the Grantmakers for Girls for Color. Prachi believes in the vital power of intersectional and international visions and strategies, which resonate across Dalit rights and Black lives, migrant justice and gender justice, to build bottom-up change from the local to the global.