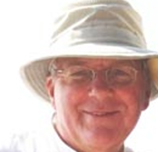 Wolfgang Sachse was born in Berlin, Germany and immigrated to the US with his family as a young boy. He did his undergraduate studies in physics at Penn State and completed graduate studies in mechanics and materials at Johns Hopkins.

Before joining the Cornell faculty he was Humboldt Fellow at the RWT Aachen. Since becoming a member of the Cornell faculty, he's had visiting appointments at the National Institute of Standards and Technology and as Nippon Steel Endowed Chair professor at the University of Tokyo. Wolfgang's teaching has covered the areas of experimental mechanics, dynamics, solid mechanics, vibrations, elastodynamics, sensors and actuators. He developed two successful "Introduction to Engineering" hands-on introductory engineering laboratory courses. The first, titled "Sensors and Actuators" received a Dean's Prize for Teaching in 1989. And for more than a decade he taught the acclaimed course "Design Integration: A Portable CD Player: (and when CD players became passe, renamed "Design Integration: DVD's and iPods" which was a laboratory course that focused on engineering design and application to digital media players.